24 February: Graeme Curry the writer of The Happiness Patrol died at the age of 54.

22 February: Comic Relief announced it is offering one lucky winner the chance to have a special private breakfast with Jodie Whittaker on the set of Doctor Who.

22 February: The Mirror (UK) reported that Stephen Fry was going to be a guest in Series 12.

18 February: The New Year’s Day special, Resolution, was released on DVD and Blu-ray.

17 February: For 6 days Twitch screened classic episodes of Doctor Who featuring the Daleks.

15 February: It was announced that a short VR film Doctor Who: The Runaway, coming soon from the BBC.

15 February: Jamie Stone was revealed as the director of the first filming block of Doctor Who Series 12.

10 February: A night shoot for Doctor Who saw a large section of Cardiff Bay Link Road in Cardiff, closed off.

9 February: It was announced that the Doctor Who episode Rosa has been awarded the Visionary Arts Organisation Award for Television Show of the Year.

3 February: Tiny Rebel Games announced by that their online game Doctor Who: Legacy will close in two weeks.

1 February: Ed Hime revealed to be a writer on Series 12.

1 February: The actor Clive Swift has died at the age of 82. He appeared in two Doctor Who stories. Revelation of the Daleks, playing Jobel, the chief embalmer of Tranquil Repose on Necros and in the Christmas special Voyage of the Damned, as Bayldon Copper an employee aboard the Titanic.

31 January: The BBC announced that Jodie Whittaker’s debut The Woman Who Fell to Earth was the fourth most popular show on the BBC iPlayer in 2018 with 3,965,000 requests. 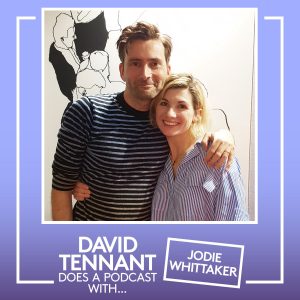 27 January: It was announced that The Museum of Classic Sci-Fi, dedicated to Doctor Who, in Allendale, Northumberland may be forced to close because a newly installed Dalek display does not comply with planning regulations.

20 January: Students at the University of Central Lancashire start a project to spend the next three days filming Mission to the Unknown.

14 January: Series 11 was released on DVD, Blu-ray and Steelbook. 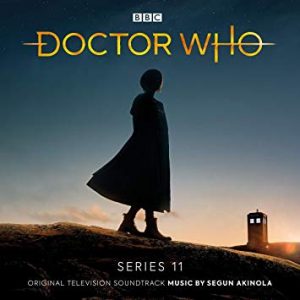 7 January: The actor W. Morgan Sheppard died at the age of 86, he appeared in The Impossible Astronaut / Day of the Moon playing the older version of ex-FBI agent Canton Everett Delaware III.

5 January: Over 500 classic episodes from the 26 seasons streamed worldwide on Twitch from January 5 through January 25.

2 January: Kaleidoscope, an organisation that specialises in locating missing television programmes, announced that a new selection of audio recordings of missing Doctor Who episodes has been recovered, many of which are an improvement of recordings that had previously been available.

1 January: Big Finish announced plans for 2019, celebrating 20 years of Doctor Who adventures on audio. In July is The Legacy of Time. An eight-disc CD set, with a limited edition of just 4,000 copies. Six hour-long stories see, 6 Doctors and at least 16 characters from the show’s history crossing paths – some for the very first time. Classic and New Series Doctor Who will collide!